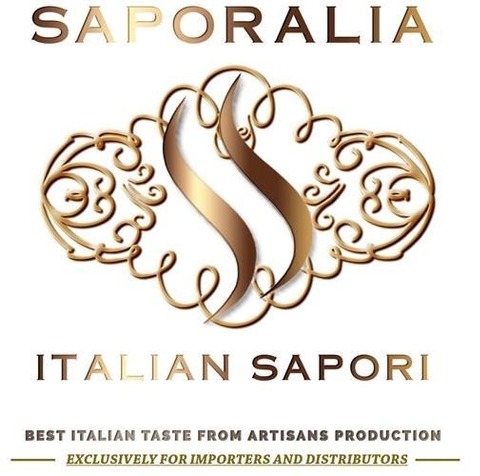 Bologna is a city in the very center of Italy, full of artistic and cultural buildings where you can find stylish places to enjoy some great food and wine. But well… This city is also well known for its Mortadella, a very tasty cold meat entirely made out of finely minced pork that sometimes you can find together with black pepper and pistachios… This is the best combo ever when it comes to Mortadella! 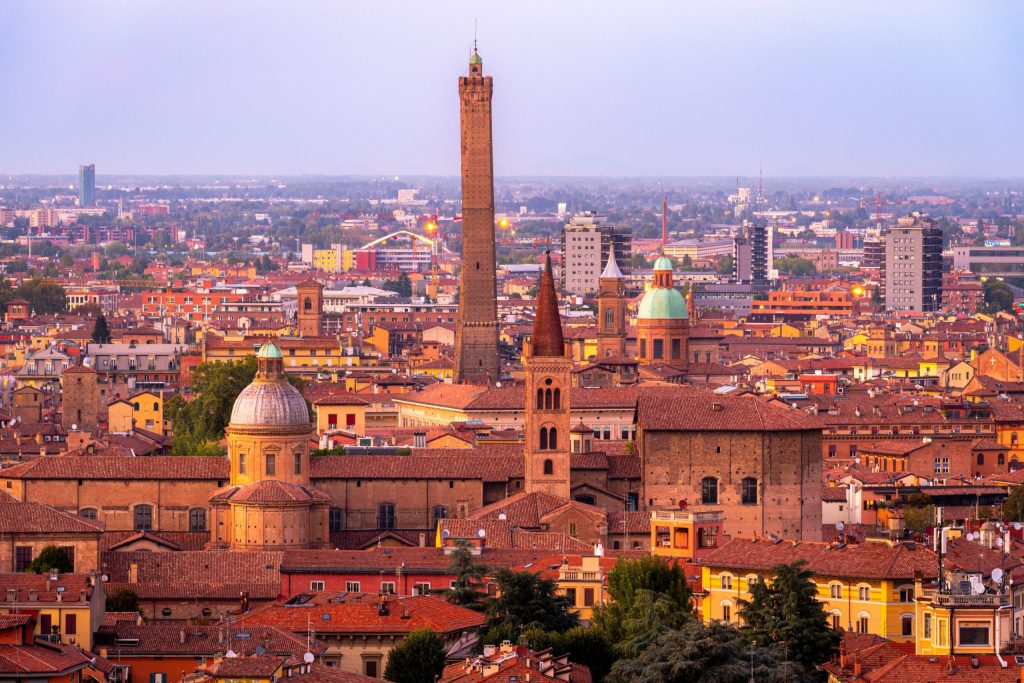 The History of Mortadella

In former times it was produced exclusively in Bologna. In fact, this product is so linked to the city that it is also called simply “Bologna” and its recipe is so ancient that it dates back to ancient Roman times, like many other typical Italian delicacies.

However, now the tradition expands to other areas too, like Milan, Parma, and Modena and it’s possible to find this product everywhere. 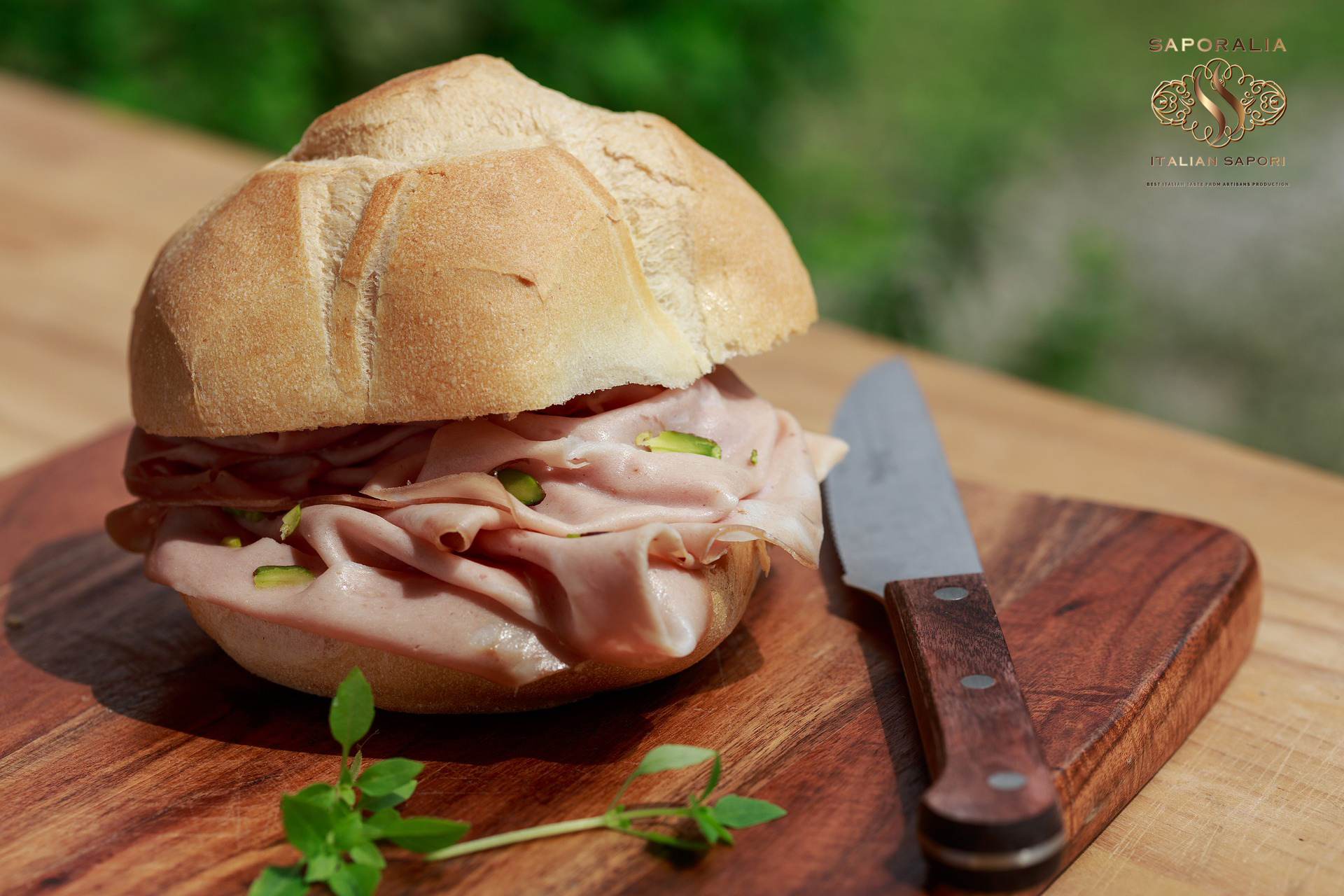 How to eat Mortadella

This cold meat is characterized by its typical pink color and it can be eaten as an antipasto or a snack, in a sandwich, together with cheese and wine but also as a festive ingredient for filling baked pasta.

For example, what about the combination Pistachios, Mortadella and Stracciatella for your pasta or pizza? This is one of the most loved combinations with this product and I’m sure that your Customers would love it as well. You can also find many other recipes here. 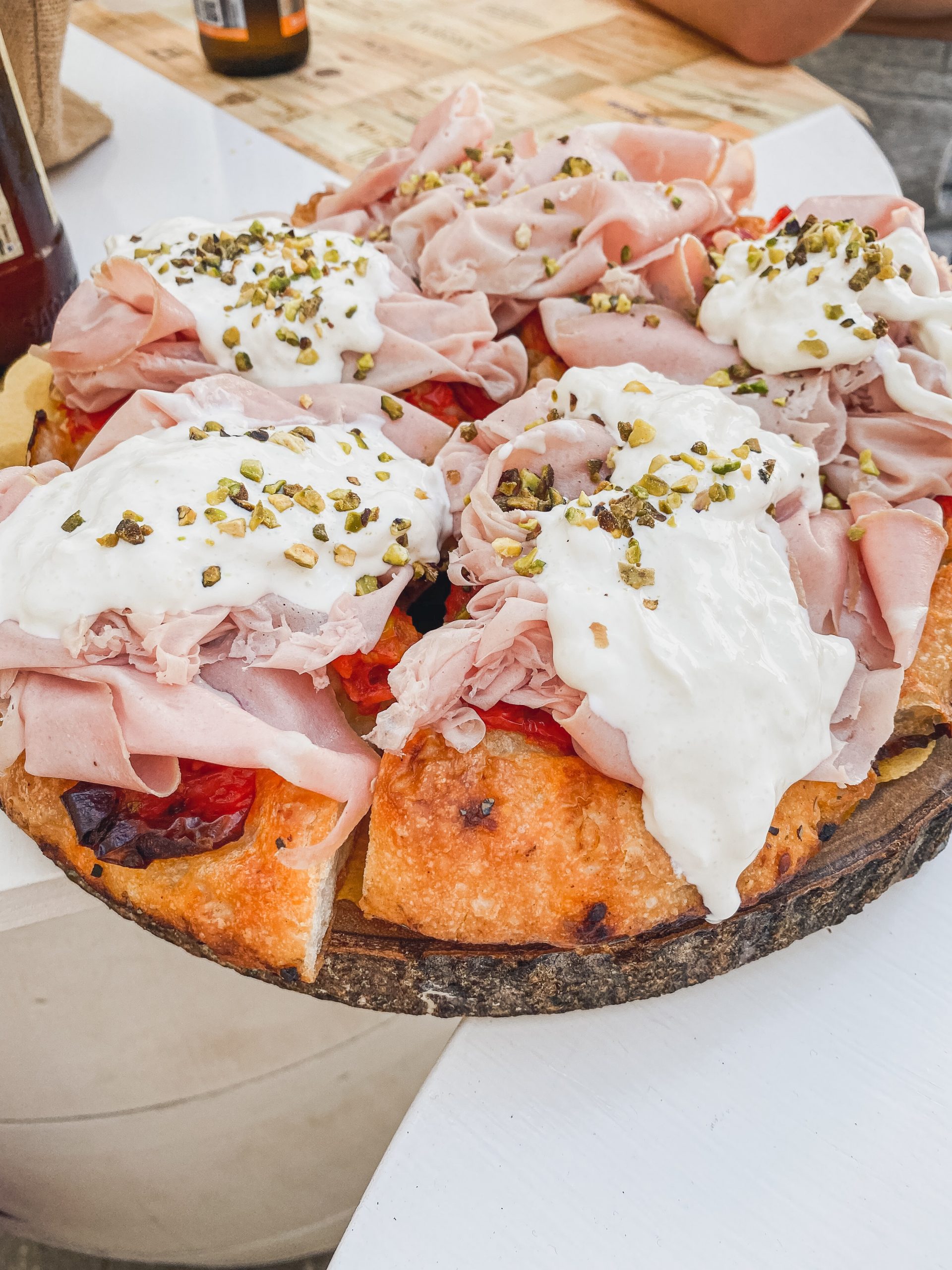 You may not know that…

Now, I want to tell you a secret…not only Saporalia has many versions of high-quality Mortadella with Pistachios and black pepper…

We also have Mortadella with Truffle!

Believe me when I say that this combo will blow up your Customer’s minds because it’s not only normally difficult to find but it is also an explosion of flavors for every palate.

Write me to know more about all the Mortadella versions we have and find the perfect one for your Customers. 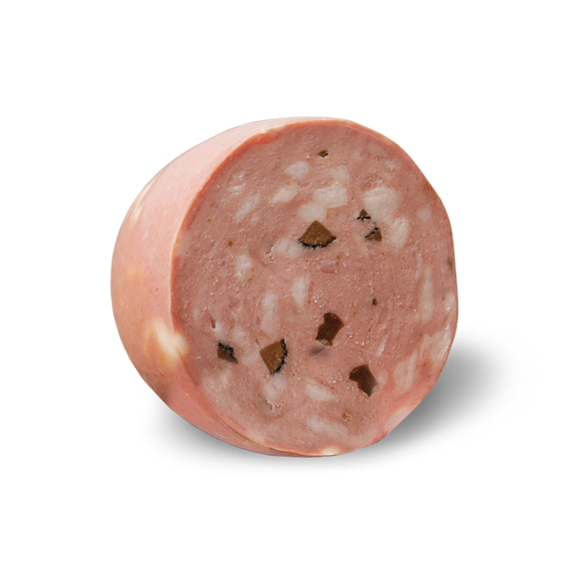 © 2022 Saporalia un marchio del Gruppo AmarFood SRL P.IVA 08513020969 R.E.A.: MI-2030738 | Cap Soc i.v. 15000 EUR
Email PEC: amarfood@pec.studiobcs.it
powered by andreawebdesigner.com
This site uses cookies, including from third parties, for proper functioning in respect of your privacy and your data. By closing this banner, scrolling this page, clicking on a link or continuing to browse, you consent to the use of cookies.
OK REJECT COOKIE SETTING MORE INFO
Manage cookie

This website uses cookies to improve your experience while you navigate through the website. Out of these, the cookies that are categorized as necessary are stored on your browser as they are essential for the working of basic functionalities of the website. We also use third-party cookies that help us analyze and understand how you use this website. These cookies will be stored in your browser only with your consent. You also have the option to opt-out of these cookies. But opting out of some of these cookies may affect your browsing experience.
Necessary Sempre abilitato
Necessary cookies are absolutely essential for the website to function properly. These cookies ensure basic functionalities and security features of the website, anonymously.
Functional
Functional cookies help to perform certain functionalities like sharing the content of the website on social media platforms, collect feedbacks, and other third-party features.
Performance
Performance cookies are used to understand and analyze the key performance indexes of the website which helps in delivering a better user experience for the visitors.
Analytics
Analytical cookies are used to understand how visitors interact with the website. These cookies help provide information on metrics the number of visitors, bounce rate, traffic source, etc.
Advertisement
Advertisement cookies are used to provide visitors with relevant ads and marketing campaigns. These cookies track visitors across websites and collect information to provide customized ads.
Others
Other uncategorized cookies are those that are being analyzed and have not been classified into a category as yet.
ACCETTA E SALVA
× Contact Saporalia for help